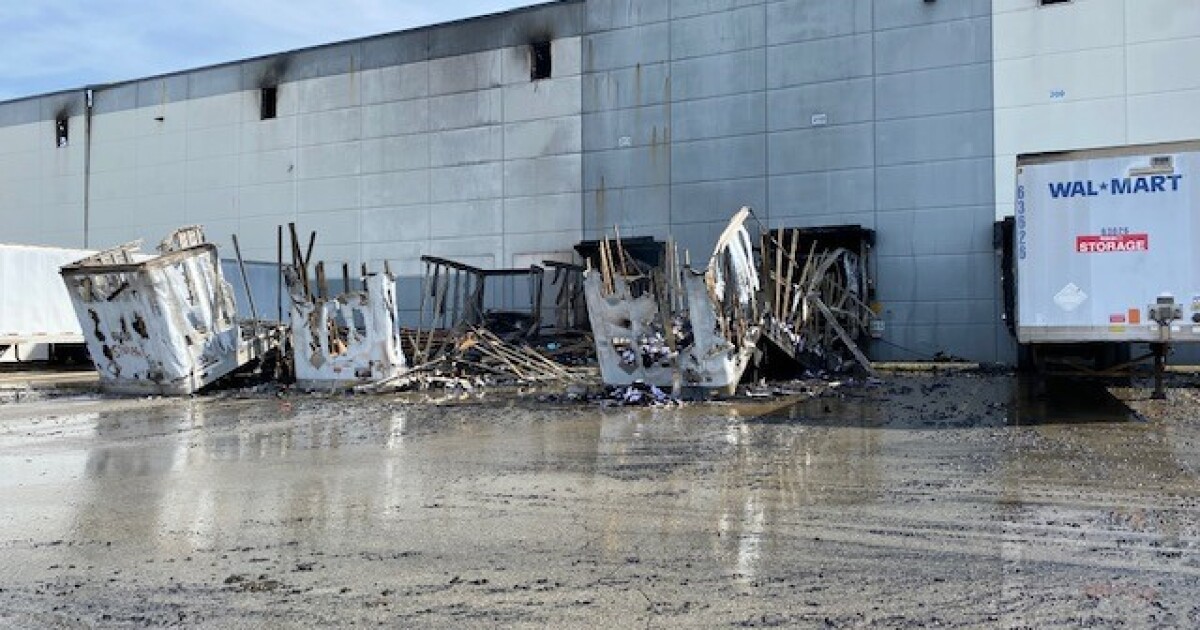 PLAINFIELD — The Town of Plainfield has received notices from the attorneys representing Walmart that they plan to file claims for damages to its distribution facility in a massive fire in March of this year.

The tort claim notices claim that the response to the fire itself worsened the damage to the facility. Specifically, it says that at one point a responding agency requested that the sprinkler system be shut off.

In the Indiana Tort Claims Act, there is a $5,000,000 damages limit. The claim acknowledges this.

Randy Hargrove, a Walmart spokesperson, told WRTV that the company is “taking steps as required under Indiana law to preserve our rights during this ongoing investigation.”

Stephanie Singh, the director of communications and marketing for the town, issued the following statement but declined to comment further because the litigation is still pending.

Certified fire investigator and prosecutor Peter Beering tells WRTV the decisions firefighters made on the day of the fire will more than likely be protected by precedent.

With similar warehouse structures being built across Central Indiana, Beering thinks this could be a lesson other fire departments could learn.

“If you are in charge of a fire department, you have to be concerned about what that means if God forbid there’s some sort of incident in one of these,” Beering said.

In April, the distribution center was officially closed due to damages caused by the fire. Walmart said that as many as 1,132 associates who hadn’t accepted alternative positions may be separated from the company by July 15.

The fire itself lasted more than three days. It started March 17 and prompted a response from at least 24 fire departments.

The departments and agencies listed in the claim (in alphabetical order):