In early January 2022, seven months after the district attorney told the court he believed Ciria was innocent, Giorgi finally delivered her response. She wrote that she questioned “the reliability of the People’s investigation through the Innocence Commission, as the State simply did not do enough.” Arguing that she couldn’t assess the credibility of the witnesses using only the commission’s report, Giorgi ordered an evidentiary hearing. Now, both sides would have to do exactly what they assumed the DA’s decision would make unnecessary: come to court to question the witnesses in front of a judge.

Eggers, Ciria’s attorney, was livid. “I thought it was extremely unusual and unfortunate that a Superior Court judge would choose to ignore the fact that both sides were in total agreement on someone’s innocence. That seems appalling to me,” she told me later. Most frustrating to her was that if the judge believed a hearing was necessary anyway, she could have ordered it more than half a year before — time that Ciria had spent sitting in Folsom.

Bazelon took a more measured tone. “A judge is not a potted plant. They don’t have to do what the DA and defense counsel tell them to do,” she said. But, she added, “To me, the orders read more like advocacy, the advocacy of a traditional prosecutor. And that was also not what I was expecting, to be honest.”

Giorgi’s response was less surprising to Patricia Cummings, who recently became the director of the National Registry of Exonerations after several years running the conviction integrity unit in Philadelphia, one of the most successful in the country. Cummings told me she encountered similar skepticism from judges in Philly while working for Larry Krasner — another figurehead of the progressive prosecution movement.

“Judges get confused and very, you know, distrustful, because all of a sudden, you’ve got a prosecutor who’s not advocating for conviction and punishment,” she said. When facing a new investigative body, operated by a prosecutor whose priorities they don’t necessarily trust, Cummings explained, some judges opt to put on the brakes and check the work themselves.

Cummings sees some of that as reasonable — judges wanting to do their due diligence. But some times, she said, it comes down to an old-fashioned understanding of courtroom roles, and the person who bears the burden is the one waiting in prison. The Supreme Court has decreed that prosecutors have a two-fold mandate: to ensure “that guilt shall not escape nor innocence suffer.” But in extreme cases, judges have gone so far as to argue that addressing a wrongful conviction is not within the DA’s power — even when everyone else believes the person innocent.

Also hard to separate out, Cummings said, is plain old politics. By the time Ciria’s case got to Giorgi, the debate surrounding a district attorney’s role had grown more heated in San Francisco than perhaps anywhere else in the country. While many on the left saw Boudin’s reforms as a necessary corrective to a cruel and inequitable system, he was also facing a recall campaign from a growing contingent of San Franciscans who accused him of making the city less safe, and his every move met with intense scrutiny.

This summer, I emailed Giorgi to ask if the controversy around the DA had shaped her approach to Ciria’s case. She declined to comment, citing the judicial code of ethics.

But in Bazelon’s mind, there was little question that the drama engulfing Boudin was having an impact on this case. “If Chesa had been a middle of the road or, you know, right-leaning prosecutor, it would have gone completely differently,” she later told me.

Whatever the reason, it was clear that the DA’s faith in Ciria’s innocence had not cleared the way for his release. “The Court is not bound to the concessions of the parties,” Giorgi wrote in January. And rather than preparing to help Ciria reenter the world, his lawyers found themselves getting ready for court.

For the hearing, the case was assigned a new judge: Brendan Conroy. When Bazelon and Hurtado met with him in early February, Conroy seemed to have few of Giorgi’s reservations about the commission’s investigation. “The record as to the alibi witnesses, Socorro, and the identification issues appears to be fully developed and will be considered,” he wrote in an email the next day, asking only to hear from George Varela — the young man who’d implicated Ciria — and the two women who’d told Eggers he’d later admitted lying. Conroy scheduled the first day of the hearing for just a week and a half later.

Over the next two months, the parties met in the courtroom three times to interview the witnesses. Denise Corretjer, Varela’s older sister, testified that her brother had told her years later that he knew Ciria was innocent, and that he’d just gone along with what the police wanted him to say. Speaking over Zoom from prison, Caridad Gonzalez — a longtime friend of Varela’s family — explained that he’d told her the same.

Hurtado, cross-examining the witnesses on behalf of the district attorney’s office, asked questions aimed at clearing up credibility: whether Ciria had asked the witnesses to help him, what their criminal records were, why they hadn’t come forward sooner. Her tone was respectful. For spectators used to the theatrics of a traditional trial, this quiet, collaborative courtroom was almost bizarre. Rather than trying to catch an opposing witness off-guard or manipulate the facts into a more convenient and compelling story, both the prosecution and the defense were probing for the truth. And on that matter, there was no dispute: both sides had publicly proclaimed their belief in Ciria’s innocence months before.

In early April 2022, Ciria watched over Zoom from Folsom as the young man he’d considered a stepson was led into the room in handcuffs. (Varela, who’d never agreed to speak to the commission, had refused to answer the judge’s subpoena, and had arrived in court only after he was arrested for a different crime.)

But the long-awaited moment was anticlimactic. After each question (“Did you allegedly drive Mr. Ciria to the scene of where Mr. Felix Bastarrica was murdered?” “Did you see him shoot anyone on that day?” “Did the police pressure you into saying that Mr. Ciria was the person who killed Mr. Bastarrica?”) Varela invoked his fifth amendment rights. Answering the questions truthfully would likely have meant admitting he’d been lying on the stand in 1991, and the DA’s office declined to offer him immunity from perjury. So the opportunity to hear what had really happened on the night of March 25, 1990 — from the prosecution’s key witness — disappeared. Now, Conroy had all the evidence he was going to get.

Just over a week later, on April 18, the parties gathered a final time for the judge’s ruling. Ciria was allowed to attend in person. Behind him in the courtroom, his son watched, too.

Conroy said the evidence against Ciria at trial had not been overwhelming, but not weak, either. Still, he said, he’d found the testimony in the courtroom — plus that of Socorro before the commission — to be convincing. Combined with the faulty eyewitness tactics the commission’s expert had explained, he found it “reasonably likely that one juror would change their mind.” 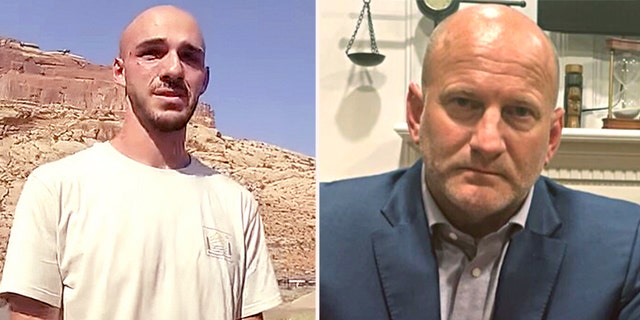 Next post Ohio board recommends suspension of Greene County attorney