Elon Musk’s attorneys brought new allegations from a whistleblower to court Wednesday as additional ammo in their longshot case to walk away from buying social media giant Twitter.

The explosive whistleblower complaint became a talking point for Musk’s attorneys throughout the testy hour-and-a-half hearing, which was scheduled for the attorneys to request more information on Twitter’s data on spam and bots — the key point in Musk’s claim that he was misled and can therefore back out of the deal. The complaint, which was obtained by The Washington Post and cited by Musk’s attorneys, alleges egregious security deficiencies and ineffective methods for counting bots at the social media giant.

For Musk’s lawyers, it was the opening salvo in a strategy that is expected to lean more heavily on the claims of whistleblower Peiter Zatko, Twitter’s former head of security.

“Mr. Zatko, who was responsible for much of this — including processing and removing various spam bots — he was not some low-level employee,” said Musk’s attorney Alex Spiro. “He was one of the top handful of officers in the company.”

“The way Mr. Zatko put it, management had no appetite to properly measure bot accounts,” he said.

Twitter’s attorneys, on the other hand, stood their ground on the data requests, citing the sensitivity of the information.

In the 84-page complaint, Zatko alleges Twitter was lying to Musk about bots and spammy accounts, and that the site had egregious security deficiencies that cast doubt on the validity of its statements to federal regulators — and possibly also to Musk.

“Twitter executives have little or no personal incentive to accurately ‘detect’ or measure the prevalence of spam bots,” alleged the complaint, adding “deliberate ignorance was the norm.”

Zatko’s complaint also alleged that Twitter deceived regulators regarding its protections against cybersecurity threats, a claim that would potentially support Musk’s charge that Twitter was untruthful in reports to shareholders.

Still, there was little hard documentation to back up his claims on spam and bots, and he exited the company months before Musk decided to acquire Twitter.

Musk, the CEO of Tesla and SpaceX, agreed to buy Twitter in April for $44 billion, during a period where he was publicly proclaiming the necessity of free speech on social networks. Musk tweeted in May, however, that the deal was on hold pending a review of Twitter’s claims on spam and fake accounts. The turnabout coincided with a decline in Tesla’s share price and economic pressure on tech stocks that cut into Musk’s net worth and raised questions about his ability to finance the deal.

New whistleblower allegations could factor into Twitter vs. Musk trial

Twitter has previously disputed the characterizations made by the whistleblower and by Musk regarding spam and bots. Several leading artificial intelligence experts have publicly supported Twitter’s methodology for its spam and bot calculations.

Twitter attorney Bradley Wilson argued in court Wednesday that spam counts were merely an estimate, supported by regulatory disclosures that emphasized the inexact nature of the count.

“We have an inherently subjective assessment,” Wilson said. “Twitter was making an estimate and it was very candid that that’s what it was doing.”

He also noted that some of the Musk team’s requests “explicitly seek private data” that the company was not willing to give away, including user IP addresses, phone numbers and information about users’ locations.

The hearing opened on Wednesday with Spiro arguing that Twitter was flip-flopping on its reasoning for not offering data to Musk’s team, data he says is important to figuring out what’s actually going on at the social media company.

“There’s this back and forth, and every single time, the goal posts seem to move,” Spiro alleged, referring to asks for more data related to spam and bots.

“We are the would-be buyer here and we don’t even know what exists,” Spiro said of the data he alleged Twitter is stonewalling. “It puts us at a huge disadvantage.”

He also alleged Twitter has been engaging in deception around its user numbers for a long time. He argued that Twitter’s growth was flattening for years, and that the company changed how it calculated its user numbers in 2019 to create the appearance of more growth. Spiro said this underlying deception is one reason the judge should grant their claims for more data.

Twitter has said it invented the new way to calculate growth, in 2019, to give a clearer picture of the company’s status to investors.

Spiro brought up allegations from Zatko’s complaint, claiming that Twitter shut down a key bot-fighting tool, internally called ROPO, for “read-only phone only,” that blocks an account from tweeting until a user can prove it is linked to a real person. He claimed that a senior executive planned to shut it down entirely (Zatko’s claim says that the executive attempted to shut it down, but Spiro appeared to go further).

The Post previously reported that ROPO was never shut down and that the executive proposed an overhaul, not a shutdown.

Meanwhile, Wilson argued against turning over private data to Musk’s team, citing user privacy concerns and the fears if such information “fell into the wrong hands.”

He specifically pointed to Musk’s own statement as proof that Twitter was at risk if it shared more data. Twitter could lose control of the data and individuals with anonymous accounts could be outed, he argued, as well as private messages disclosed.

“This is someone who has publicly mocked Twitter. Who has insinuated that this litigation would be used as a vehicle for publicly disclosing Twitter’s internal data. And who recently and publicly reaffirmed that if he is able to get out of the contract that he signed, his plan is to start a competing business,” Wilson added.

The judge adjourned the hearing without issuing a decision.

The trial is scheduled for October. 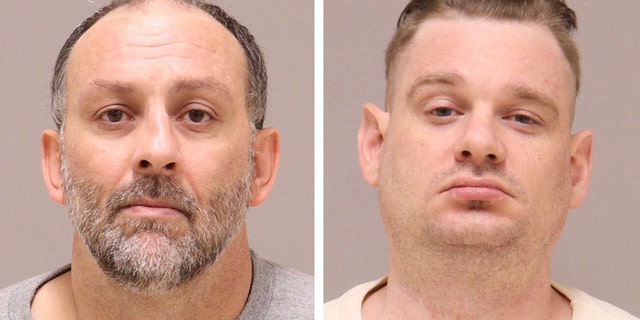