The Democratic candidate attempting to unseat Douglas County Attorney Don Kleine has saturated Omaha with a well-funded television, radio and yard sign campaign, saying he will have a three-prong standard for leading the state’s largest group of prosecutors.

With little trial and no post-law school prosecutorial experience, Dave Pantos has pointed to, among other things, the almost six years he spent as executive director of one of Nebraska’s largest nonprofits — Legal Aid of Nebraska.

Here is what he has omitted: Pantos, 52, was forced out by Legal Aid’s board of directors in summer 2014 after he promoted a subordinate with whom he was having an affair, three sources told The World-Herald on condition of anonymity. Further complicating matters, the underling was the wife of an attorney who once worked for Pantos at Legal Aid.

Not only did the two have an extended affair, Pantos promoted the woman to a director’s position despite her lack of a law degree or other legal credentials, the sources said.

The promotion of the woman to director of Legal Aid’s Native American Project rankled attorneys at the nonprofit, which serves low-income people on civil matters. Two attorneys and a then-board member said they could think of no other director among the statewide agency’s 14 leaders at the time who wasn’t a lawyer, other than Legal Aid’s accountant. Further, The World-Herald has learned, the subordinate whom Pantos promoted was not a certified paralegal, let alone an attorney.

Asked Thursday about the reasons for his departure from Legal Aid, Pantos denied the affair or the promotion.

“Who said that?” he said. “I don’t know what you’re talking about.”

“This consensual situation was a lapse in professional judgment and I regret it,” he said. “However, all parties have moved on since this happened over eight years ago. I want to specifically note that there were no improper hiring or promotion decisions made at the time. Any suggestions otherwise are patently false.”

The attorneys who spoke to The World-Herald dispute that. In addition to the underling being the only director who didn’t have a law degree, the sources suggested that the woman obtained an outsized role in the agency, often appearing by Pantos’ side at agency leadership gatherings. Court records indicate that the “moving on” involved all parties — three of the four had worked at Legal Aid — going through divorce and child custody proceedings.

The issue came to light as Pantos, a New Jersey native who moved to Omaha in 2006, mounts an all-out blitz on Kleine, an Omaha native and four-term incumbent who became a lightning rod after declining to charge a White bar owner in the May 2020 shooting of a Black man in the Old Market during the George Floyd protests.

Kleine, the state’s most experienced prosecutor, initially ruled Jake Gardner’s actions self-defense after viewing video that showed the man, James Scurlock, with his arm around the neck or upper chest of Gardner. Kleine later relented and asked Douglas County’s presiding judge to appoint a special prosecutor and grand jury to investigate.

Pantos acknowledges that he has no prosecutorial experience beyond his year in the Bloomington (Ind.) City Attorney’s Office, when he was a certified third-year Indiana University law student helping prosecute cases. (The most serious case: drunken driving.) But he bills himself as a thinker and a leader who will work with lawmakers to reduce prison overcrowding and says he will hire a chief deputy whose forte is criminal law.

He also vowed to bring transparency to the office, alleging that Kleine is “hiding pretty much everything.” Kleine rejects that assertion, saying his office and its cases are an open book.

In a 75-minute interview last week, Pantos listed bringing transparency to the office among his top three priorities, and brought up the word “transparency” half a dozen times.

Then came questions about the promotion of the woman. Asked Thursday about the months-long affair and his promotion of her, Pantos said: “I wouldn’t know anything about that.”

Others did. Two attorneys with knowledge of the inner workings of Legal Aid approached The World-Herald about Pantos’ special treatment of the woman as the newspaper was conducting its routine background check of candidates. They and a third lawyer confirmed reports about the affair, the promotion of the woman and the nonprofit board’s investigation that forced Pantos out.

The board received Pantos’ resignation in summer 2014. Since then, Pantos worked for three years as executive director of Autism Action Partnership, as an attorney for people facing eviction and as an adviser and manager in three ultimately unsuccessful campaigns — two for congressional candidate Kara Eastman and one for mayoral candidate RJ Neary, both Democrats. He also was appointed to fill a Metro Community College board seat in 2017 and lost his run for the same seat in 2020.

The discovery of the affair led to a divorce between the underling and her then-husband, a former Legal Aid attorney. Pantos and his then-wife divorced three years later, in 2017. Pantos has since remarried.

Pantos pushed back on the notion that all agency directors were attorneys, pointing out that he appointed nonlawyers to directors of finance, grant writing and fundraising. Further, the woman didn’t have to be an attorney to appear in tribal court.

“Her position did not require State Bar licensure,” he said. “She was eminently qualified for this position and was already a senior staff member in her program. She stands on her own merit.”

The attorneys didn’t dispute that she had been at Legal Aid for a while but they noted that legal programs were almost exclusively led by lawyers. Over the course of 2013 and into 2014, attorneys began looking sideways at the underling’s presence at leadership roundtables held by Pantos. All others at the table were attorneys.

In the Thursday interview, The World-Herald asked Pantos why he left Legal Aid. He stated his desire to direct Autism Action Partnership, one of the state’s leaders in funding and programming for people with autism.

“I wanted to do something mission-focused on special needs, and that was an opportunity at AAP,” he said.

A reporter pointed out that there was a four-month gap between his departure from Legal Aid and his hiring at AAP.

The AAP job “wasn’t open yet,” he said. “They had an interim executive director; they wanted to transition him out, so I did consulting, fundraising, legal work on the side.”

Reporter: “Were there any other reasons you left Legal Aid?”

Asked if he had an affair with a subordinate, Pantos responded: “What’s that? Who said that?”

Told there were multiple sources, Pantos said: “I wouldn’t know about that. I don’t know what you’re talking about.”

When a reporter gave the name of the underling and the position to which Pantos promoted her, Pantos said: “OK. Can we go off the record?”

Pantos then said he was going to take a break. He left his office in his central Omaha campaign headquarters for 15 minutes. When he returned, he declined to address several questions about when and why the woman was promoted and whether it was a reward for the affair.

He then acknowledged the affair with the subordinate in the Saturday email.

The Legal Aid attorneys who spoke to The World-Herald said Pantos initially was an affable, albeit forceful leader. One noted that Pantos wasted little time after he took over for former director Doug German in 2009. Pantos fired an attorney after receiving reports that the man got tipsy and made passes at support staff during a social gathering.

That made Pantos’ behavior in carrying on an affair and promoting the woman even more eyebrow-raising, the source said.

In the interview, Pantos listed his accomplishments at Legal Aid. As litigation director, he said, he created task forces to bolster attorneys’ knowledge and skills in specific legal areas such as disability, consumer law and landlord-tenant cases. He opened two public access centers to expand low-income residents’ ability to obtain legal help and he created a medical-legal partnership. He said he worked hard to try to stabilize Legal Aid’s funding during a “tumultuous time.”

Legal Aid relies in part on private donations, in part on grants from the national Legal Services Corporation and in part on interest from lawyers’ trust accounts. Around the time Pantos took over, he said, interest rates plummeted, limiting the amount of money from the trust accounts.

Pantos secured enough funding to support the agency’s employees, including 30 to 40 attorneys — the primary role of an executive director.

In a press release announcing his departure, Legal Aid’s board highlighted Pantos’ positives. The release made no mention of the board’s investigation into the affair and promotion, saying simply that Pantos resigned to “pursue other professional interests.”

“We will certainly miss Dave and his significant contribution to Legal Aid’s mission,” wrote then-board president David Piester, a retired federal judge. “Dave fostered community and statewide collaborations and has been instrumental in creating relationships with stakeholders in the delivery of services to low-income Nebraskans. Dave was an innovator who brought energy and passion to the mission of Legal Aid.”

One agency attorney said he was stunned by the disparate way the board handled the departures of Pantos and the woman. Pantos was praised in the press release announcing his departure. Meanwhile, the attorney said, the woman was shown the door not long after Pantos. Asked why the woman left, the then-board member said the board would have been involved only in discipline of Pantos. Board members would not have made a personnel decision over a staffer.

“It was surprising to me when she lost her job also,” the attorney said. “It seemed to me the clear bad actor was the supervisor, the executive director who had the power in the equation. Even if they both hadn’t been married, it’s still not appropriate when she answers directly to him.”

Another Legal Aid attorney said the board’s statement praising Pantos was designed to not alarm donors.

“It isn’t good that the last time you ran a big organization you were asked to abruptly leave and you put the organization in a really bad place,” the attorney said. “It was a mess.” 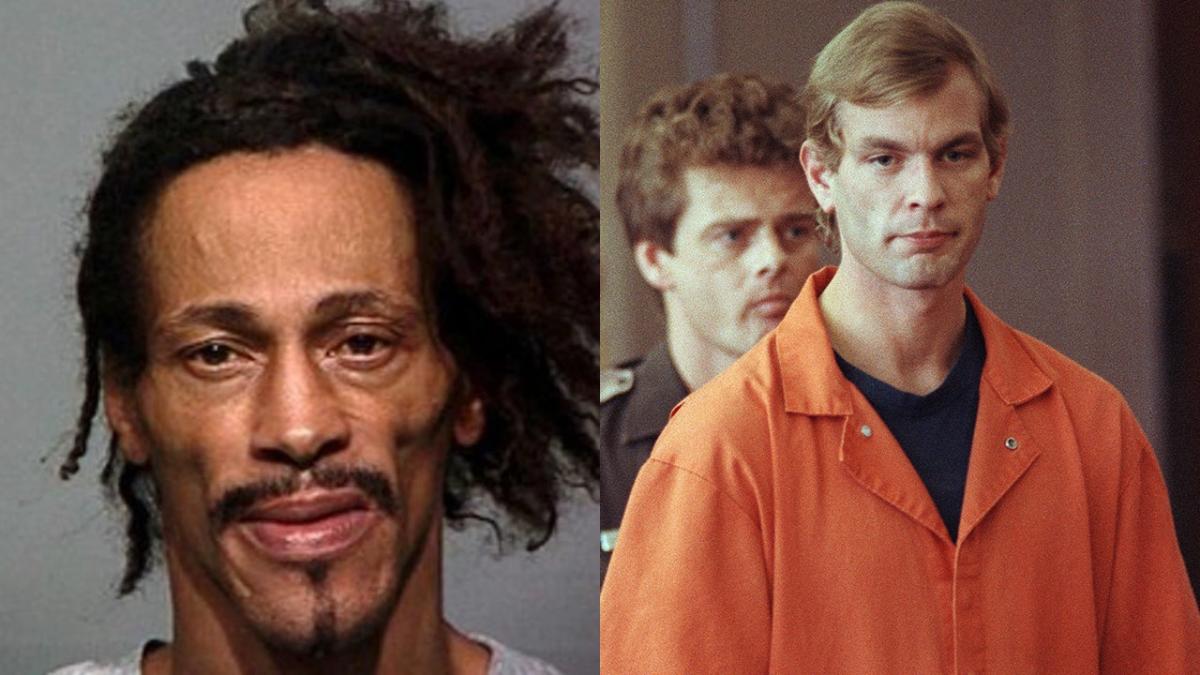